It’s a very impressive little car and now the new-generation Kia Picanto has been declared the 2017 car with the most user-friendly tech.

The title was bestowed on the Kia by the guys at The Car Tech Awards in the UK.

Judged by a panel of experts from Carbuyer and Alphr, the Kia was found to be the car with the easiest to operate tech/infotainment system.

“Proving once and for all that clever and well-judged technology isn’t the preserve of expensive models, the Kia Picanto is startlingly easy to use.

“Our judges were bowled over by the superb responsiveness offered by the colour touchscreen, while we found the organisation and positioning of the menus shames cars costing three times as much.

“The fact that the Picanto also has physical buttons (as seen below) for the most frequently used functions sealed the deal.” 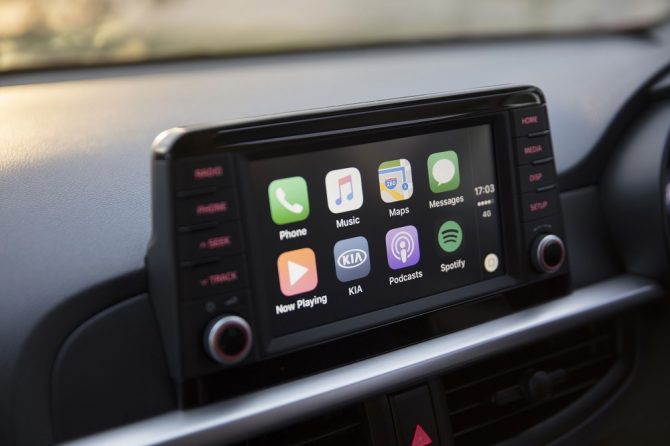 Check out our most recent Kia Picanto review and stay up to date with the latest Kia News at behindthewheel.com.au.

2016 Kia Sportage tested to the max

Kia Sportage put through hell in pre-production testing. It’s Kia’s second-best selling model and the Korean car company is making sure the new 4th generation of the Kia Sportage is up to the rigours of […]

2017 Kia Picanto Auto Road Test, Review The Kia Picanto is a leader of the micro car class. Albeit, a very small segment, the Picanto sets the standard, probably matched only by the Holden Spark. […]

Mahindra PikUp gets big overhaul for 2018

Holden to bring Chevrolet back to Oz

Behind the Wheel Podcast 477

We’re getting close to naming 2017’s Car of the Year. The big announcement is only one week away, and we’ve got the last 6 nominations from Pete and Chris on this week’s show. Sean Poppit […]