The Nissan Pathfinder has been in for a significant update with the refreshed model set to land in Australian dealerships next month.

The good news is pricing remains essentially the same.

Headlining the changes being introduced to the seven-seat family SUV is a now more powerful and slightly more efficient V6 petrol engine.

Nissan has gone right through the 3.5 litre engine and the result is an additional 12kW of power and an extra 15Nm of torque.

While the Nissan Pathfinder Hybrid also remains in 2017.

Both engines are mated to an updated Nissan CVT automatic transmission that is said to offer more responsive acceleration.

Other changes include an autonomous emergency braking system, including intelligent cruise control, in mid and top-spec Pathfinder models.

Convenience is improved in the Pathfinder Ti with a new Motion-Activated tailgate feature – allowing wave of the foot open/close.

And all model grades benefit from fresh alloy wheel designs. 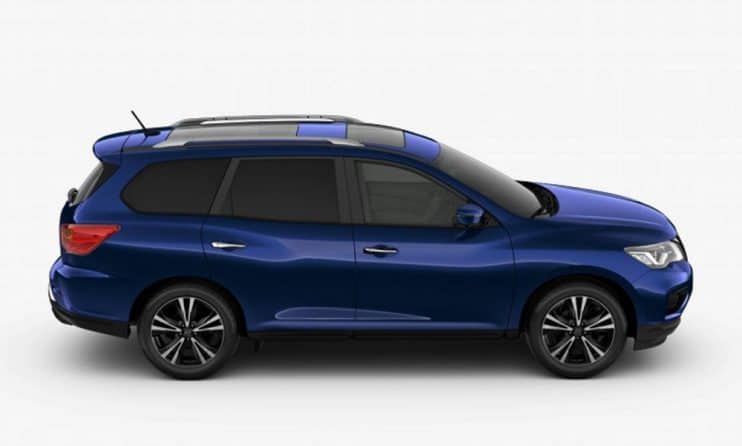 “We have packed it with more safety, technology and user-friendliness,”

“These changes make the 2017 Nissan Pathfinder an even more compelling choice for work, play and family adventures.”

Stay up to date with the latest Nissan Pathfinder News here.

Check out the sexy new Nissan QASHQAI… It’s always been one of our favourite small Crossover/SUVs and now there’s a good-looking new Nissan QASHQAI in the works. Unveiled at the Geneva Motor Show this morning, […]

All-new Nissan X-TRAIL now in Nissan dealerships. The X-Trail has grown and no, a diesel version isn’t available. Nissan is however promising that the new model of the popular small SUV is a modern “family-proof” […]

Nissan Motorsport driver Michael Caruso says the weekends strong performance at Darwin’s Hidden Valley Raceway was no fluke. The Supercars round in the Top End saw Nissan achieve the team’s first race win for the […]