That’s the big message from Toyota Australia today as they launch the all-new Toyota C-HR.

Expected to be a popular offering in Australia, some supply issues out of Japan (due primarily to the model’s overseas popularity) are expected to force prospective owners to be patient, at least initially.

We are at the Australian launch and will be heading off on our first drive of the Toyota C-HR in around an hour, we will file a first drive review later this evening.

What we can tell you though is that the Toyota C-HR has been priced very competitively.

Kicking off from just $26,990, the new Toyota product sits between Corolla and RAV4 in size and Toyota expects buyers to primarily be younger people, families and those downsizing to a smaller car.

The base model offers a 2WD/six-speed manual set-up, from there you are looking at $2,000 to upgrade to a CVT auto.

And then there’s a $2,000 premium again for all-wheel drive.

Under the bonnet of all variants is an all-new Toyota engine – a 1.2 litre turbocharged unit that produces 85kW/185Nm and fuel economy is listed as being as low as 6.3L/100km.

The all-important standard features include:

While the Toyota C-HR Koba adds:

With some funky new colours, including white roof/black roof and other personalisation options, and of course the distinctive styling, Toyota Australia describe the C-HR as being “a car that will be clearly noticed”. 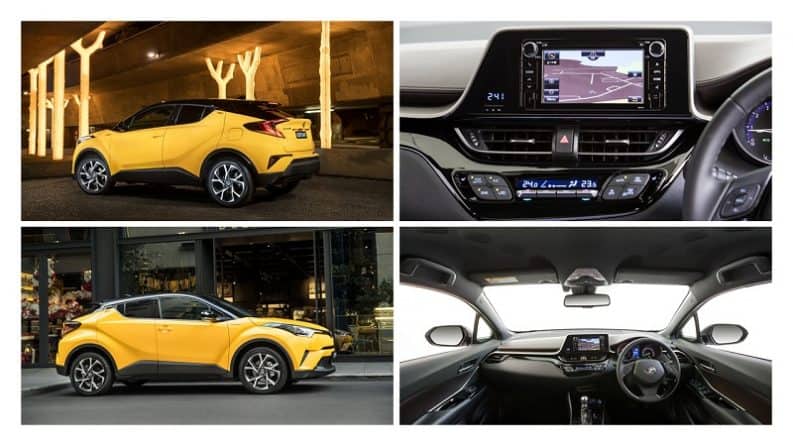 We will bring you more details and that first drive review later this afternoon.

Paul Maric road tests and reviews the 2014 Toyota Kluger. Since storming on to the scene in the year 2000, Toyota’s big-SUV, the Kluger, has been a raging success. Available in both front-wheel-drive and all-wheel-drive, […]

Another recall of Toyota and Lexus vehicles has been initiated, this time there’s an issue with the fuel tank that needs attention. The recall is being overseen by the Australian Competition and Consumer Commission (ACCC) […]

The all-new Toyota Camry is here and aims to be the Camry that Australian car buyers really want to have in their driveway. Gone (mostly) are the dull driving manners and conservative styling…you might even […]