Jeep dealerships in Australia will welcome a refreshed version of the Jeep Grand Cherokee in 2017 and with that new model comes the reassurance of a top U.S. safety rating.

The National Highway Traffic Safety Administration (NHTSA) has just announced that the Grand Cherokee has qualified for a maximum five-star safety rating.

Across three crash tests, including frontal, side and side (poll) impact tests, Jeep’s large SUV scored five stars in each.

While the model also picked up points for having an array of safety features, including an Automatic Emergency Braking (AEB) system called ‘Full-speed Forward Collision Warning with Crash Mitigation’.

Jeep tell us this system features sensor-fusion technology, which leverages the combined benefits of cameras and radar.

The technology affords greater object-detection precision because camera and radar must agree before Full-speed Forward Collision Warning with Crash Mitigation will deploy.

If camera and radar agree that a frontal impact with another vehicle appears imminent, the system pre-fills the Grand Cherokee’s brakes and transmits audible and visual warnings urging the driver to react.

If there is no driver response, the system triggers a brief brake application as a tactile alert.

If the driver remains unresponsive and frontal collision risk remains, the Grand Cherokee’s brakes are applied to slow the vehicle before impact.

The system may bring the vehicle to full stop if an imminent frontal collision is detected at speeds below 25 mph (40km/h).

We will bring you more Jeep Grand Cherokee news as it comes to hand.

Done Deal – Mazda and Toyota team up in U.S.

Subaru skips ahead in Australia in July 2017

We’ve got it all on this car podcast! Some good news from the Queensland Government this week about electric car charging infrastructure – Behyad Jaffari, CEO of the Electric Vehicle Council of Australia, joins us […] 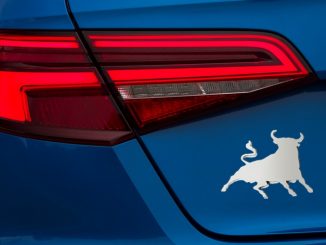 Our Product of the Week is Altrex 3D Chrome Badges The world might have you thinking that we’re moving towards our cars being boring white robot driven boxes, however the evidence everywhere that we see […]