As we reported last week, Lexus has managed to stretch the Lexus RX SUV from a five-seat SUV, up to a seven-seater.

The new three-row Lexus RX has just debuted at the LA Auto Show and we can now confirm the three-row version has a 110mm longer overhang at the rear.

At this stage we have no official confirmation that the higher-capacity version will be offered in Australia (though we believe it is more than likely). 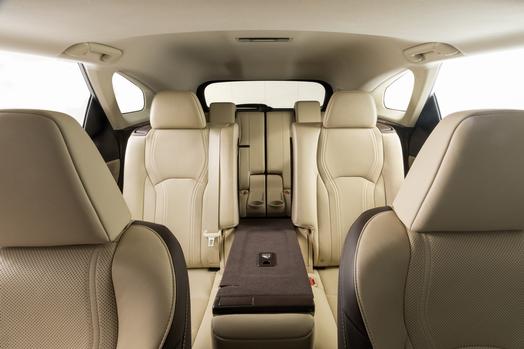 We will bring you updated info around Australian availability of the ‘stretched’ Lexus RX if/when it comes to hand.

Stay up to date with the latest Lexus News at behindthewheel.com.au.

2016 Lexus RX 450h Road Test and Review. Lexus have returned to form with the all-new Lexus RX 450h. To say the new Lexus RX is a class act would be an understatement. It’s a true […]

Sporty Lexus RC F coupe promises to hold its own against German rivals. Lexus has built the vast majority of its Australian customer base on the promise of generally quite sensible luxury cars. But, one […]

Chris Miller road tests and reviews the 2014 Lexus IS range. The latest Lexus offering to take aim at BMW’s benchmark 3 Series finally has the substance to take up the fight. Offering some serious […]

Do your five-point vehicle check now

Is Buying a Car on a Credit Card Worth It?

Benefits of a shiny clean car

Behind the Wheel Podcast 482

Our Summer Series continues this week as Pete and Chris look back on the best bits from 2017. There was lots of laughs when comedian Dave O’Neil dropped by for a chat about his new […]