Subaru has been at the forefront of driver assist systems and now the Japanese car brand has just marked an important milestone for its ‘EyeSight’ system.

The system, common on most new Subaru vehicles today, is a driver assist system that utilizes stereo camera technology and allows for Subaru cars to have aids like adaptive cruise control and pre-collision braking.

It has taken Subaru eight years and seven months to break the one million car milestone.

Subaru telling us that research from Japan’s Institute for Traffic Accident Research and Data Analysis shows Subaru vehicles equipped with EyeSight had 61% fewer accidents resulting in injury or death per 10,000 vehicles, than those without it.

Excluding pedestrians and focusing only on accidents between vehicles, the figures show that Subaru vehicles with EyeSight had 84% fewer rear-end collisions.

About Simon Lai 992 Articles
Simon is a writer and sometime contributor to the podcast. He also takes care of video production and product reviews. He met Joel through radio school and has worked with him on other ventures, reading news, producing and presenting radio content for regional networks. Simon doesn’t profess to be a car nut but enjoys driving first and foremost and has a penchant for hot hatches. He helps to provide the everyday-man perspective.

Shock and controversy with Peter Hitchener and Chris Miller on this week’s Behind the Wheel Podcast. Australia’s biggest selling sports car, the Ford Mustang, this week received a two-star safety rating from ANCAP – James […] 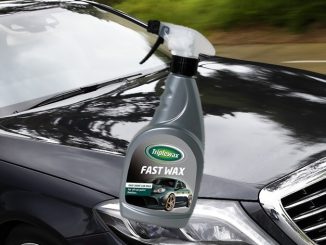