Nissan will recall 3.53 million vehicles worldwide to fix an issue identified with the passenger side air-bags.

While there is no official Australian recall notice at this stage, models sold in Australia in recent years, including Pathfinder, Altima, LEAF, Maxima and Murano are likely to be caught up in the recall. 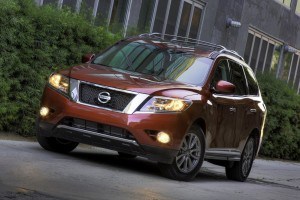 The international recall also affects the Infiniti QX60 and Q50.

Nissan tell us that it is has been found that the fault could mean that the air-bags may not work properly in the affected cars, sold globally between 2012 and 2016.

The Japanese automaker confirmed three injuries have been linked to the issue but there have been no fatalities.

Nissan spokesman David Reuter says the recalls will commence in the US and other markets in late May.

“The planned remedy varies by vehicle and will include software reprogramming in some models and hardware replacement in other models.”

We will keep you updated in regards to any official recall of Nissan cars sold in Australia.

Rob is having issues with the CVT in his Nissan Pathfinder. I purchased a 2015 Nissan Pathfinder ST-L (built March 2015) in October 2015. I noticed a shudder from the CVT transmission with less thank […]

Black accents highlight limited edition JUKE offering. A special edition of the Nissan JUKE is arriving in dealerships now. The JUKE Midnight Edition adds $3,300 in extra value and is based on the ST and […]

The global boss of Nissan says the acquisition of a controlling stake in Mitsubishi Motors is good news for car buyers. The Nissan Chairman and Chief Executive Officer Carlos Ghosn recorded this video after the […]