Drivers purchase a GPS unit for guidance and directions. They also purchase dashcams for safety and evidence.

Well now can have both in the one unit saving dollars and space on your windshield.

Navman is offering the Navman MiVue Drive FHD GPS and Dashcam all in the one unit.

Retailing for $299 that’s not at all too much coin for this type of tech and save you having to go and purchase two separate gadgets. 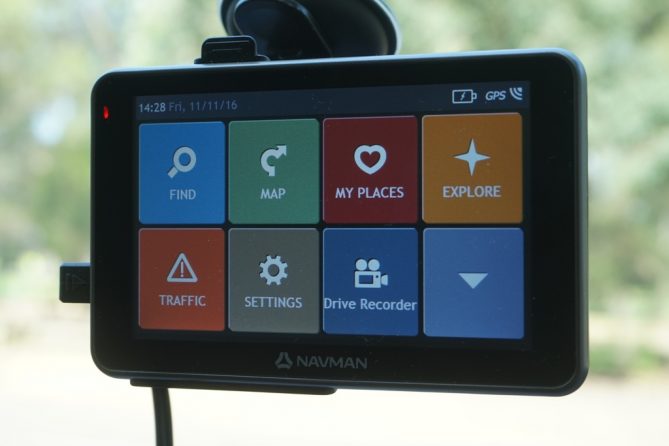 As soon as you turn the device on the camera starts recording, unbeknownst to the user, as you begin from the standard Navman home screen.

Files are stored on the card in one minute segments for easy searching and can be managed with software which is also provided.

The MiVue Drive FHD, like other dashcams, comes with a G-shock sensor that senses an impact in the of event an accident or collision and will save the preceding footage as evidence.

For an example of camera footage, along with sat nav guidance, take a look at the snippet below. 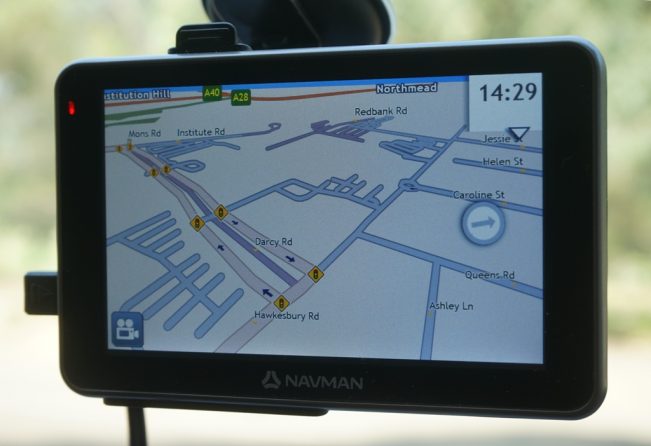 The view of the lens is viewable via the 5” screen by selecting the camera icon. You don’t have to keep it on while driving for it to record, but you have to in the initial setup in order to position the camera in the right direction.

Because of the rear mounted camera, the clip attachment with suction cup is positioned off-centre and to the left but this makes no difference to the strength or adjustment.

To the other side of the unit and the sat nav half of the device is not too different from any other Navman model. Just like them, the MiVue Drive FHD possesses quality, effortless usability and a range of features.

The GPS screen is clear and uncluttered and gives clear spoken safety alerts such as speed limits and other driver alerts for red light cameras, speed cameras and driver fatigue.

You can explore the region you’re in to find businesses, restaurants, petrol stations and other landmarks.

The brightly coloured menu even allows the user to browse the Zomato food guide or search for petrol station based on your fuel type.

Navman is offering a lifetime’s of monthly map updates and a 2 year warranty.

This GPS/dashcam really is a great idea, killing two birds with one stone and giving driver’s peace of mind.

The Mivue Drive FHD is priced at $299 and is available from major electronic retailers, Harvey Norman, JB Hi-Fi and The Good Guys.

June 20, 2017
Perk Fresh Link is Product of the Week One of the oldest and most tired car industry cliches is that the new car smell is “the most expensive perfume in the world”. True in a […]