A few months back we took a look at the new range of Navman MiVue models at their launch. Today we take a look at another one of those units, the Navman MiVue 660 dashcam.

The MiVue 660 is a larger version of the MiVue 630 we looked at last week with a more standard, rectangular form than the compact square size.

This means a larger viewing area for the user although both film in wide screen format recording in 1080p Full HD.

Optimised for day or night recording the MiVue 660 has a number of bonus features on the basic 630 including reminders for driver fatigue and headlights, sounding an alert when it senses lower light.

Like when on the move, the device will detect any sudden movements when parked through the G-sensor, ‘waking up’ to record the evidence.

The unit has a digital photo mode for still shots and an event recoding button to force a non-detectable recording of an event. These files are stored in a separate folder. 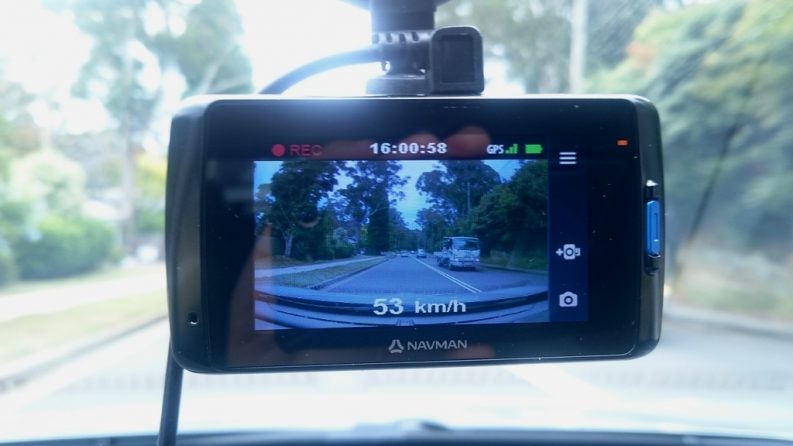 Normal driving files are recorded in 3 minute spurts saved into its own folder with the date, time, speed, and coordinates thanks to GPS tracking.

Note that coordinates are not obtainable where the dashcam can’t reach a signal such as in a tunnel.

As you’re cruising down the road, the Navman will warn you of any speed cameras or important changes in speed zones (eg. school zone) and flash the speed on-screen with supplementary  beeping.

The four buttons down the right hand side are easy to use with adjacent on screen symbols to indicate their multi-functions. While the menu system is intuitive and uncomplicated.

I said previously the MiVue 630 is all you need in a dashcam to record you trips. But the MiVue 660 comes with that little bit extra for still an affordable price.

The Navman Mivue 660 is priced at $159 and is available from major electronic retailers, Harvey Norman, JB Hi-Fi and The Good Guys.

January 27, 2017
No matter what type of car you own, from a cheap runabout to a half million dollar classic, you want the paint to shine. But how often do you give your car a wash and […]

July 23, 2017
Our Product of the Week is CarPlan Heavy-Duty Hand Wipes This is an in-car must-have – a product that can get your hands clean and fresh, without water! Great to have in your ute or […]