Mitsubishi Motors Australia has just announced that all three grades of the Mitsubishi Pajero will now boast a new smartphone infotainment system.

The new Smartphone Link Display Audio (SDA) system works with both the Android Auto and Apple CarPlay systems and will be installed in other Mitsubishi models in coming months.

Featuring a seven-inch touchscreen and digital radio, Mitsubishi tell us that the SDA allows users of either Android smartphones or iPhones to connect using a USB cable and enables the driver, either by using the touchscreen, voice control or steering wheel controls, to safely and simply:

The new technology doesn’t come at a price premium with Mitsubishi keeping Pajero prices stable into 2016. A new paint colour for the Pajero is also coming online – Terra Rossa.

2010-14 Mitsubishi Pajero 4x4s affected by Takata … More Mitsubishi Pajero vehicles caught up in global airbag recalls… We’ve already reported that 2006-10 models of the Mitsubishi Pajero are being rec…
Thousands of Mitsubishi cars recalled over an arra… The Australian Competition and Consumer Commission (ACCC) is overseeing an array of new recalls for seven different Mitsubishi models. Tens of thou…
Mitsubishi Pajero diesel recall A timing chain tensioner fault could potentially leave thousands of Mitsubishi Pajero vehicles sold in Australia with serious engine damage. Affect…
Mitsubishi Pajero gets another facelift 2015 brings a refreshed look for trusty old Mitsubishi Pajero. External changes to the Pajero are minimal but the added features a welcome bonus. …
Six Mitsubishi models recalled over electrical fau… Mitsubishi are facing one of the biggest car recalls seen in Australia in recent times with nearly 115,000 cars having a potential electrical fault. …
About Joel Helmes 3602 Articles
Joel is the founder and CEO of Behind the Wheel. Joel has a background as a radio broadcaster with on-air roles at 4BC, 4KQ, 2KY, 2LT and 2UE amongst others, as well as a news editor and program director. Joel’s relationship with cars stems back to his early childhood learning to change oil and brakes with his father and uncle. This continued on into his driving years owning an assorted collection of cars.

UK platooning trial set to go ahead despite concerns

Another ridiculously jam-packed Behind the Wheel Car Podcast this week. We’ll delve into the world of hydrogen powered cars. Hyundai has recently announced a new mainstream hydrogen powered SUV, to be called FE – we’ll […] 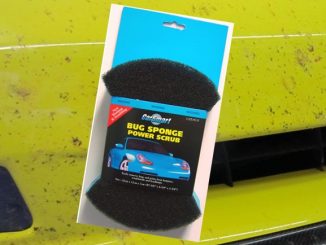 This week’s Car Product of the Week is the CarSmart Bug Sponge. Actually, we should expand that beyond just being a car product as this is one that is a must-have for owners of 4x4s, […]