We’re at the local launch of the McLaren 720S…

Sure, you hear it all the time, “the pictures don’t do it justice” – for once, this overworked cliche is spot on.

Intricate, detailed and gorgeous, the new McLaren 720S has plenty of substance to back up those sensuous looks.

It makes an amazing noise while it’s doing too. The all new fire spitting 4.0 litre, twin turbo V8 is inspired.

It’s linked to a lightning fast 7 Speed dual clutch automatic. If you want a manual – too bad, you can’t have one.

Powerful and delicious, and if you care, reasonably frugal too. McLaren‘s official figure is 12.2 litres per 100km.

McLaren‘s interior department has upped its game, the cabin of the new 720S is stunning and beautifully put together.

Yes, it feels entirely like a supercar should, but there’s also no doubt you’re in a luxury car.

The technology on offer is staggering.

Liberal use of carbon fibre equates to a strong, rigid tub and  cabin that is as light as a feather, it’s centre of gravity is somewhat lower than the 620S thanks to the construction. 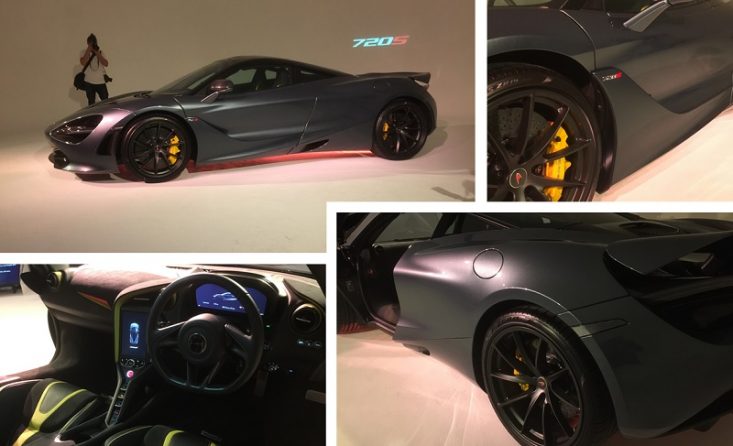 The suspension system is high tech employing all sorts of computer controlled tricks that make it sit near on flat through high speed corners, and give it the ability to flit from one direction to another while never upsetting the balance.

The electronics don’t stop at the suspension. McLaren have developed their own drifting system and in their words “Will make anyone look like a superstar driver”

Australians can’t get enough of McLaren at the moment, in fact, at launch, McLaren already has orders for the 720S that take them through to the third quarter of 2018.

Roger Lago has claimed victory in the opening race of the 2016 CAMS Australian GT Championship. Starting sixth, the JBS Australia Lamborghini Gallardo R-EX moved into the lead shortly after mid-distance, taking advantage of a […]

McLaren GT boss says his team will only improve in GT events in 2016. It was a stunningly successful weekend for the McLaren team after securing pole position, fastest lap, overall race win and a […]

Workshop Wonder Sealed With A TSS

March 3, 2017
The Product of the Week will help get your engine started… As the old saying goes ‘water and oil’ don’t mix, it’s also true that electricals and water don’t mix either! But, vehicles are out […]