Lexus Australia today confirmed the Lexus range would expand by a further three models in the next twelve months - two of them will feature hybrid drivetrains.

The ES range will also feature a new model, the 300h, which will be powered by a 2.5-litre four cylinder petrol-electric drivetrain delivering 151kW.

While a slightly different 2.5-litre hybrid drivetrain producing 164kW will be added to the GS Line early next year in the form of the GS 300h.

“The return of ES to Australia is a direct result of continued customer demand and we are pleased to have secured not one but two options for them while simultaneously expanding our innovative hybrid vehicle portfolio.

“The addition of these three new models gives Lexus a distinct advantage in the luxury vehicle segment, offering a peerless product in ES and our seventh hybrid vehicle in the form of GS 300h,” Mr Hanley said.

Lexus premieres LS+ Concept Lexus is aiming to help eliminate casualties on the road and the unveiling of their latest concept car brings them one step closer to that realisation...
Toyota/Lexus dominate 2017 Most Reliable Cars stud... There’s no question that many car buyers consider Toyota and Lexus products as among the most reliable vehicles available. Now comes a wide-ranging...
2018 update for Lexus NX The best-selling vehicle in the Lexus Australia range, the Lexus NX SUV, has received an update for 2018. Look closely and you will notice some ext...
Lexus confirms Aussie arrival of 2018 CT 200h There’s refreshed looks and added equipment in the Lexus CT 200h range, but also higher prices. Lexus Australia today confirmed the final pricing a...
Lexus shows new butterfly-inspired paint shade Animals have inspired car designers from day one, perhaps even the odd insect has also had a hand in the development of different car models? But w...
About Joel Helmes 3791 Articles
Joel is the founder and CEO of Behind the Wheel. Joel has a background as a radio broadcaster with on-air roles at 4BC, 4KQ, 2KY, 2LT and 2UE amongst others, as well as a news editor and program director. Joel’s relationship with cars stems back to his early childhood learning to change oil and brakes with his father and uncle. This continued on into his driving years owning an assorted collection of cars.

China gets serious about electric cars 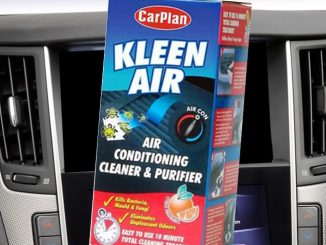 There is no need to have a car that smells foul, not with our Car Product of the Week anyway - CarPlan Kleen Air. An ingenious air conditioning cleaner and purifier, we’ve tested this product […]