After leading the charge (pardon the pun) in hybrid car development (alongside Toyota), Honda has been a bit quiet on the electric vehicle front in recent years.

But that situation looks to be changing with Honda promising to build an all-new fully electric car within the next two years.

And it will be based somewhat on this Honda Urban EV Concept.

“This is not some vision of the distant future; a production version of this car will be here in Europe in 2019,” – Honda President and CEO, Takahiro Hachigo.

Confirmed this afternoon for a showing in Frankfurt this week, there’s been no talk yet about possible range, or power outputs for the Honda EV.

It’s also too early to be talking Australian availability.

Honda only saying that their EV models will feature a high-density, lightweight battery pack, and the evolution of energy transfer functions – both to and from the vehicle.

In releasing these teaser images of the concept, Honda told us that it was 100mm shorter than the Jazz, and has seating for four.

While, as seen below, behind the steering wheel column there is a panoramic display screen that extends into the doors. 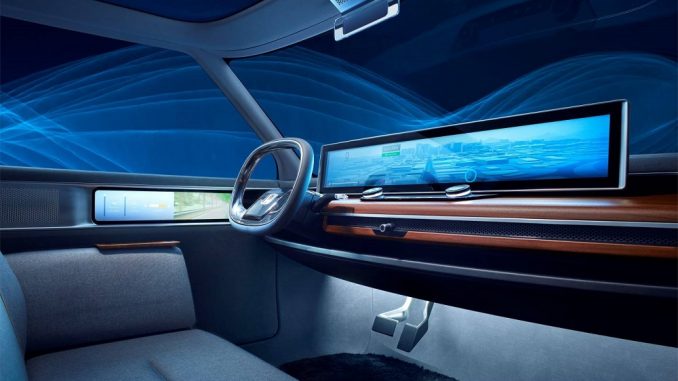 And there’s also something we’re sure many (especially Japanese?) car buyers would love – at the front of the concept car there is a digital message board that can display greetings and messages for other road users.

We will bring you more details on the push towards EVs by Honda as additional info comes to hand.

Stay up to date with all the latest Honda News at behindthewheel.com.au.

Toyota has been at the absolute forefront of electric vehicle development, particularly around hybrid and hydrogen fuel-cell technologies. Now comes a big commitment from Australia’s best-selling car brand – a promise that more than half […]

Honda dealerships are gearing up to offer hot hatch buyers the keenly anticipated new Honda Civic Type R from next month (details here). But if the Type R is just a bit too much for […]

BMW has entered the plug-in hybrid race in Australia with the first of two models heading our way sporting the petrol/electric technology. BMW today launched the new 2016 BMW X5 xDrive40e in Canberra and we got […]

August 3, 2015
The Behind the Wheel Product of the Week is Altrex Skinz. One of the smartest and most versatile products in the Altrex Auto Accessories range is Skinz Invisible Protection Film. Apply to your cars headlights […]