The XG750R is powered by the fuel-injected, liquid-cooled Harley-Davidson Revolution X™ V-Twin engine designed for the Harley-Davidson Street® 750, the bigger sibling of the 500cc LAMS version we get here in Australia. 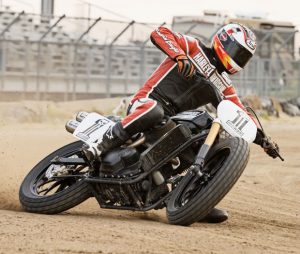 The race-prepared Revolution X engine has been fitted to a frame developed in collaboration with Vance & Hines Motorsports.

The new XG750R motorcycle is strictly for race competition and there are no plans to make it available for sale to the general public at this time.

On the bike’s debut Kris Schoonover, Harley-Davidson Racing Manager, said “After decades of flat-track racing success behind the Harley-Davidson XR750 flat track motorcycle, we knew it was time to develop the next-generation Harley-Davidson to compete in one of the best spectator racing sports out there today.”

The AMA Pro Flat Track series is billed as America’s original extreme sport, and is widely regarded as the most prestigious and competitive form of dirt track motorcycle racing in the world.

Racing is held on Mile and Half-Mile tracks, with custom-built twin-cylinder motorcycles reaching speeds in excess of 140 mph (225km/h). 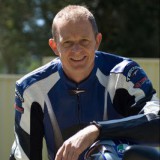 Steve is the team’s motorcycle writer and contributes to the podcast each week. He started his “on air” career as a guest on 4BC where he met Joel, and has been with Behind the Wheel now for over 6 years. Steve’s fascination for anything with wheels and an engine started as a child and even though he still loves his cars, he found his true passion was with motorcycles. He is also an accredited rider trainer, consultant and coach. Check out Steve’s website – motorcyclelife.com.au
More Posts (265)