Hyundai’s iLoad is a favourite with tradies threatening even Toyota’s supremacy in the van segment.

After driving the newly upgraded iLoad, I get where they’re coming front because it doesn’t leave many boxes unticked for a working van.

Still only four star rated by ANCAP, the current iLoad, in fairness, was designed a long time ago.

The new one looks like a completely new model but is infact a revamp with revised front and rear styling, more kit and some much needed upgrades such as rake and reach steering adjustment.

It’s a “proper” van in that power goes to the rear wheels through a rigid diff’ with leaf spring suspension.

I used the iLoad for plenty of work including house moving, camping and towing.

Not a problem and it drives a lot like a car especially the more powerful 5-speed auto version.

There’s a new front bumper and grille along with new rear bumper and tail lights that actually make iLoad look smaller though it’s exactly the same size as the previous model.

I reckon the new look is softer, more like a passenger car and actually prefer the earnest face of the previous model.

There isn’t much you can do with a one box vehicle but the iLoad’s front, longitudinally mounted engine gives it a bit of a nose unlike Toyota’s HiAce brick.

The frontal styling looks a touch like, dare I say it, the LDV van, but is innocuous and functional. Plenty of doors, too, five all-up including the tailgate. A barn door model is optionally available but loses the reverse camera. 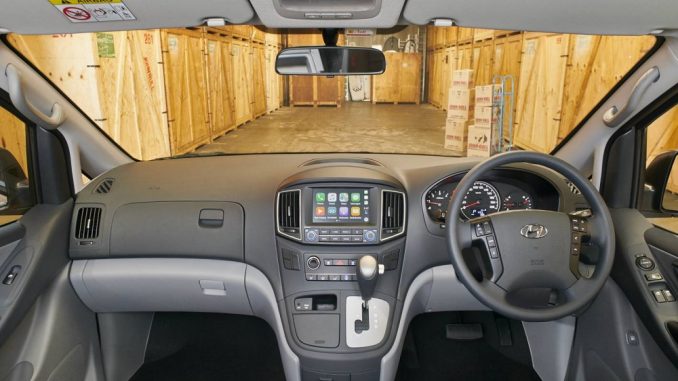 It’s a van, remember, so that means functional above all else but the iLoad does have some soft feel surfaces and new upholstery to lift the interior which now has a 7-inch touch screen and the rake reach steering adjustment along with a new instrument cluster.

Bluetooth hooks up quickly as does Apple Carplay/Android Auto.

The driving position is fairy upright restricted by the cargo barrier.

The look is a tad “old school” compared with some of the newer vans on the market but I like the numerous storage compartments in the cabin and rubber floor mat in the load area. Ten load hooks are provided in a two pallet load space. No internal side protection panels though. It goes like a passenger car and feels good from behind the wheel. The rear wheel drive is a big plus as iLoad has no problems negotiating steep uphills on wet days unlike front wheel drive vans.

The engine is a 2.5-litre turbo diesel with a more efficient variable geometry turbo on the auto model. It cranks out 125kW and a handy 441Nm of torque.

That’s why iLoad auto goes so well and can get down to sub 8.0-litres/100km economy.

The ride is decent too, better with a load on board while the auto is effective and almost imperceptible even when fully loaded.

Personally, I’d go for the auto every time because it’s easier to drive and has more power and torque.

If you must have a five star crash rating look elsewhere because the iLoad has four stars.

There’s no advanced driver assist technology but it does have four air bags, stability control, and a reverse camera.

Big discs, 330mm at the rear, handle any working application.

With a 1500kg trailer on the back, the iLoad sits flat and pulls the load easily with no sway. 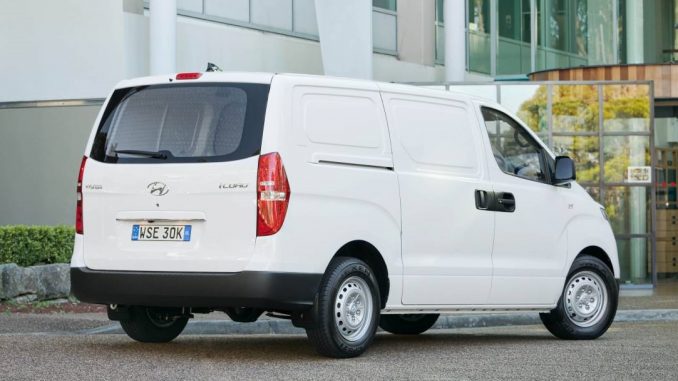 This van is a bit of a fave’ because of the looks, size and practicality. It goes great, has plenty of kit and isn’t silly Euro van pricing. The four star crash rating drags it down a tad.

Towing is 1500kg with the auto for some reason.

Yep, I’d definitely own an iLoad if I needed a van and then there’s the 5 year/unlimited km warranty.

Parents Magazine puts Hyundai Sonata on top… Hyundai Sonata sales in Australia may be fairly disappointing at the moment, however the offering is one more families should look at. That’s according to the team at […]

Hyundai Motorsport tell us they intend to continue their recent World Rally Championship (WRC) success at the Rally Poland, which commences tonight Australian time. After victory in two of the last three WRC rounds, Rally […]