With Honda deciding not to continue the V6 variant in the next model refresh, this may be the last chance to drive the Accord with the bigger engine.

The Japanese maker is planning to focus on smaller, turbocharged engines to headline their mid-sized sedan.

I never hide the fact that I haven’t always been keen on the style of the Honda vehicles in general both inside and out.

There’s just something about them that doesn’t fit in with the current trends.

Mind you, that does make them all the more unique with a flavour of their own.

The current range has improved from the dated, boring design of old, with a more aggressive grille and sharper lines, however, is still comparatively conservative.

Though, what may looks sedate on the exterior belies the extra cylinder that sit under the bonnet. The cabin of the Honda Accord is as family-sedan-friendly as they get.

Comforts like a retractable, rear electric sunshade and rear door blinds are thoughtful features giving the driver one less thing to worry about.

Once again, the interior of the Honda doesn’t quite tickle my fancy, and while there are good points, it doesn’t quite match it with competitors.

At first glance everything appears to sit neatly together and is certainly an improvement on previous models.

The focus is on the centre with the main 7” touchscreen surrounded by large air vents and the secondary screen above at the top of the dash which shows extra info but is sort of redundant.

For the most part it displays mundane information such as the time or the channel.

But most disappointing is probably the driver info display in the instrument cluster.

The best feature, which seems to be common with Honda vehicles, is the very quick Bluetooth connection. Many other test vehicles take forever to link up if at all. The rest of the interior is plush but not too flash. Smooth leather seats, leather on the steering wheel, gear knob and centre bin, and soft touch materials on the dash and doors enhance the appeal.

Storage is acceptable throughout though I took issue with the console ones.

There are two hutches; the one below where most cubbies are located houses a cigarette lighter and an ashtray – almost unseen nowadays.

While the one above (in the middle) has a door that opens upwards making it hard to see the USB connection inside.

The front seats are where it’s at in the Accord V6L, with heating, electrical adjustment and memory function and they move back for the driver when entering.

The touchscreen is installed with sat-nav, Apple CarPlay/Android Auto and below that dual climate control.

Beyond this is keyless entry, rear air vents and a foot operated parking brake.

As mentioned, storage is ample with pockets on the doors, at the back of the seats and in the centre and the boot is long and spacious. No problem fitting my pram in there lengthwise.

Well, the talking point is obviously the 3.5 litre six-cylinder engine and its meaty performance.

There’s nothing like having a classy sedan that you can cruise around in that just has little extra verve about it.

Step down and there is heaps of get- up-and-go from the powerful 206kW/339Nm V6 engine and it’s got a nice growl to it.

Not the smoothest acceleration as it works its way up the gears but the ride it.

You can always rely on a Honda to be a smooth, stable, quiet ride without fail with no quirks or twitches.

The LKAS will utilise its lane reading capabilities while keeping its distance from the lead vehicle with adaptive cruise control.

However, the self-guidance is not foolproof and can’t be relied on without occasionally grabbing control of the wheel as the car drifts off course or stops detecting the lane markings.

But to be fair, it is ‘lane assist’ and that’s what it does.

Another great Honda features is the left lane camera that springs into action when signalling to provide a view down the side on the top screen. 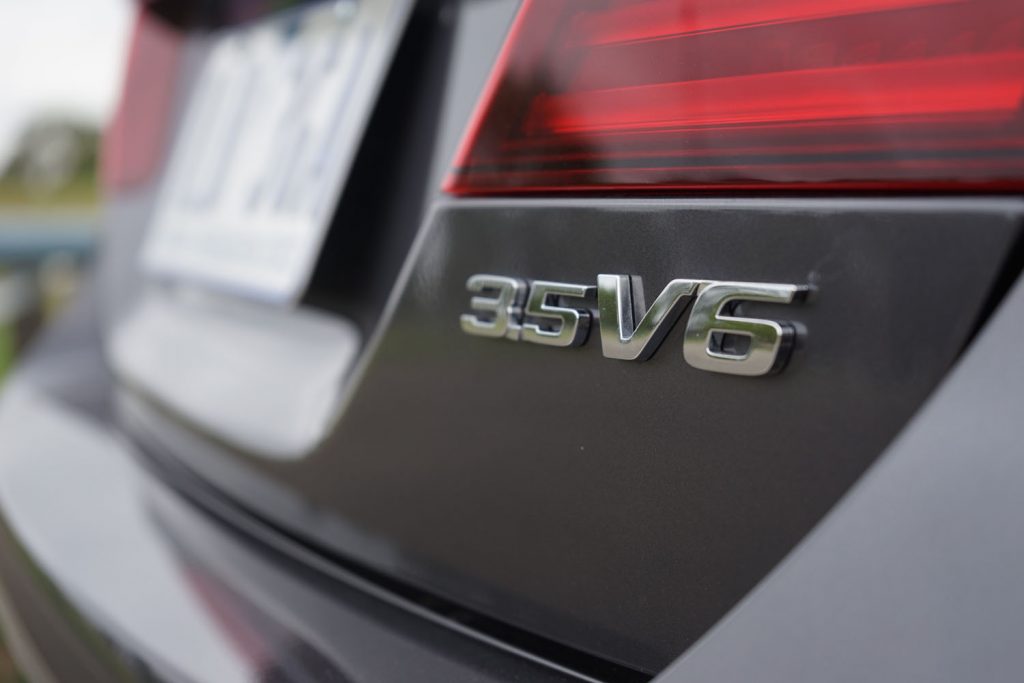 We’ll be sad to see it go once the V6 engine is no longer part of the Honda Accord range.

But with turbo engines as remarkable as they are nowadays, buyers won’t be missing out on power and performance from this make and model.

The current Accord V6L is a great family car with little extra comforts, good safety inclusions, is dependable and easy to drive and there’s a 3.5L V6 to boot.

Facts and Figures: 2018 Honda Accord V6L

Joel Helmes road tests and reviews the 2014 Honda Odyssey VTi. The Honda Odyssey has morphed from being quite an impressive and unique wagon/people mover hybrid into a fully-fledged people mover. With a roofline 150mm […]

Front-wheel drive lap record falls to sporty new Honda Civic… It is certainly one of the most keenly-anticipated new offerings in Honda‘s long history, now the 2018 Honda Civic Type R has added a Nürburgring […]

One of the most keenly anticipated cars in Honda history is now in production with workers and robots in the US now putting together the new Honda NSX. Powered by a 3.5 litre twin-turbo V6 […]