Another step towards the Australian arrival of the all-new 2018 Holden Commodore has been made with the European version of the vehicle being launched.

Known as the Opel Insignia Grand Sport in Europe, Holden today said the new car is ready to bring new levels of luxury, refinement and technology to Europe, and then Australia.

And he says now Holden is finalizing the local settings for the model.

“We’ve been involved with the new Commodore’s development from the very beginning and have been working to tune to the specific tastes of Aussie buyers who like responsive steering and sporty suspension, yet composed ride quality when cruising.

“These are the hallmarks of Commodore and we are going to deliver again with the next-gen car.” 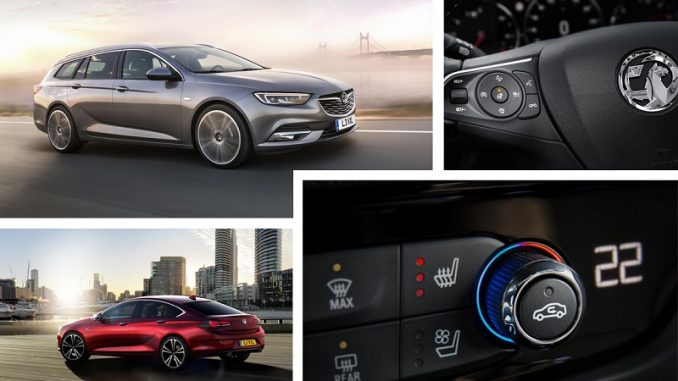 We will continue to keep you updated with further news on the new-generation Holden Commodore in coming months.

Since appearing in showrooms a year ago, the Holden Trax has captured the attention of SUV buyers, clocking up pretty decent sales figures in its class. And after a week in the delightful little Trax […]

Holden Astra and Subaru XV both given five-star rating

Five-Star ANCAP rating for new models… The popular Subaru XV crossover SUV is getting a refresh while the impressive Holden Astra is being released in a sedan version very shortly. Both vehicles have been given […]

There’s a new special-edition version of the Holden Commodore now landing in dealerships nationwide. The new Holden Commodore Black is available in sedan, sportwagon and ute variants and is based on SV6 and SS models. […]

Workshop Wonders Get In There Aerosol

June 19, 2016
Our Product of the Week is Workshop Wonders Get In There Aerosol. They say there are two certainties in life; death and taxes. However, there is a third certainty – just about anything made of […]