French cars might not be on the top of many small car buyers lists, that’s a shame given how good this new Citroen C3 is.

There’s no doubt the French designed and built cars offered by Peugeot and Citroen in Australia in recent years have come ahead in leaps and bounds.

Now you can add the Citroen C3 to that list of really impressive offerings.

If a standard small sedan or hatch is just too boring, or the prospect of a crossover/small SUV doesn’t fill you with joy, then this could be the answer.

Kind of chunky, but not too far out there, the new Citroen C3 is interesting enough to look at, perhaps without alienating potential buyers.

The ‘Airbumps’ on the sides are a conversation starter, though as the image below shows, they don’t give you license to be completely carefree with your shopping trolley.

I really like the alloy wheels, the four-spoke star pattern works well with the chunky little bits pointing into the wheel hub. 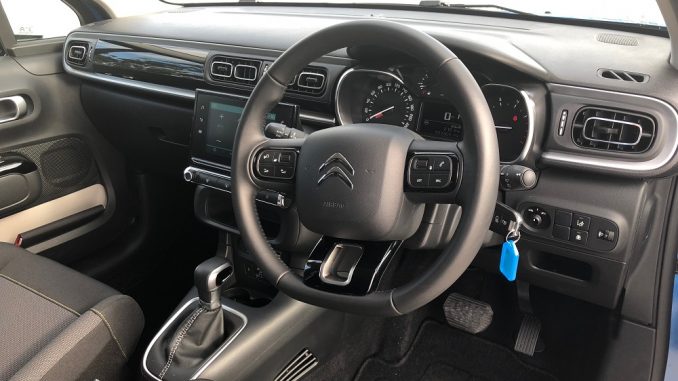 Roughly the same size inside as a run of the mill small car, the Citroen C3 features good legroom front and back and just enough space across the rather flat back seat for three adults.

The front seats are also fairly flat, but generally quite comfortable – albeit there is a lot of lower back/rear-end support at the base of the seat back and this takes a little getting used to.

The ‘floating’ centre infotainment system catches your eye, this screen covers all your sound system, climate and car settings adjustment.

There are no traditional heater/air-conditioning controls, this takes some getting used to as well.

Also missing from the Citroen C3 cabin is a centre armrest.

The Citroen designers have provided huge door storage spots, but the glove box has essentially been cut in half and doesn’t boast enough space to swallow up the C3 owner manual.

Controls throughout are generally quite simple and well-placed, though the cruise control, like all other Citroen/Peugeot models I’ve sampled, is hidden behind the steering wheel.

The gauges are clear and easy to read, the driver info screen is fairly basic and is just the standard white graphics on a black background.

A frustration I had with the car was the power saver mode on the stereo.

I had about an hour to kill inside the C3 while I waited for someone at an appointment, after about 15 minutes the radio cut off with the car going into the power saver mode.

I started the engine, still in power saver mode, turned off the ignition and locked the doors, nothing, I even drove the car around the block trying to get it to reset and allow me to listen to the radio…no luck.

Lastly, for those people with a slightly hefty build you might find the Citroen a difficult vehicle to enter gracefully.

Even with the steering wheel adjusted as close to the dashboard as possible there isn’t a huge amount of space between the wheel and the B-pillar.

The 2018 Citroen C3 is being offered in just the one specification – ‘Shine’, standard gear includes:

Options you can pick for your C3 include prestige paint, panoramic sunroof and the ‘Colorado’ Interior Look Pack. 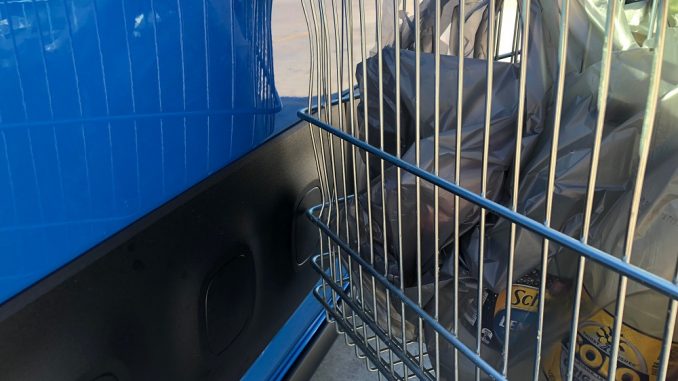 Under the bonnet of the Citroen C3 is a 1.2 litre three-cylinder turbo-petrol engine that really does punch above its weight.

Delivering 81kW/205Nm, the numbers seem small but the real world performance is better than good.

True, it will take just under 11 seconds to get to 100km/h, however the zippy and fun feel of the car, including really good general driving dynamics, make it seem a lot quicker.

Those good driving dynamics include light steering, but still with good road feel, and good handling.

I’m not normally a huge fan of small capacity turbocharged engines but I really enjoyed getting about in the Citroen.

The testing authority commending the Citroen for its standard safety features such as speed sign recognition, lane departure warning and a manual speed limiter.

But the offering missed a maximum score due to the lack of Autonomous Emergency Braking (AEB) and for just a 59% pedestrian protection score. 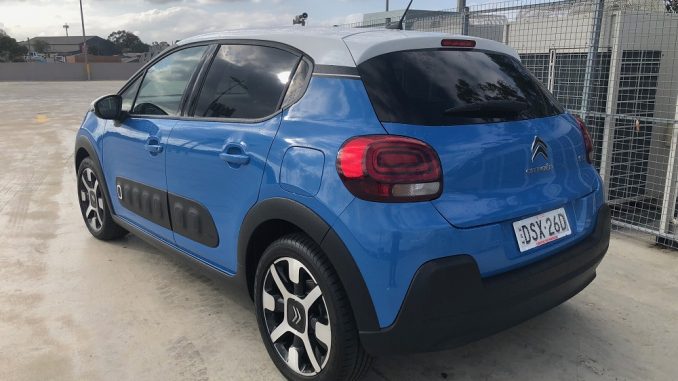 Normally I count the days until I have to hand back cars in this category…they often feel like cars built to a price, not built to be enjoyed.

The little Citroen though was fun, different, functional and likable, despite a few little complaints.

Yes, the price tag might be a bit higher than some of the competition, however that premium is justified by the best bits of the French five-door hatch.

The Citroën C4 Cactus created quite a bit of buzz when it first came out with its unique design and signature bubble wrapping – Airbumps. But now it’s time for an upgrade in the new […]

Mary Barra reportedly tells workers deal would be good news… We are awaiting news of a deal being done with General Motors and the PSA Group currently locked in negotiations over the Opel, and possibly […]