What a shame. As we know that end of the market is booming and Peugeot would love to see some extra sales at the moment.

If you’ve been following our recent car reviews you would have seen that I was particularly fond of the new Peugeot 208 and 308 and when the opportunity came up to drive the new 2008 SUV I jumped at it. 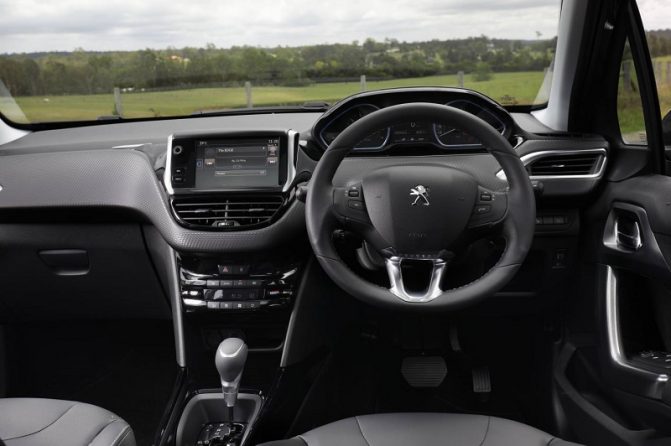 Why? Well, primarily because it has a new engine, mated exclusively to a new six-speed auto transmission.

Ironically, that’s the same three-cylinder engine that you can get in the 2008’s hatchback siblings.

That’s a good thing too, as the old model was hamstrung by a lack of an auto option in the 1.2 litre engine variant, while those variants where you could get an auto, well you were stuck with just a four-speed unit.

It’s faster too – try 0.6 seconds faster to 100km/h (but we are still talking the other side of 11 seconds to get to highway cruising speed).

While being front-wheel drive only, Peugeot tell us the new model (in upper-spec Allure/GT-Line) comes with ‘Grip Control’.

This is a system that locks the front diff and helps the 2008 negotiate through mud, sand, snow etc.

While 360mm of ground clearance and all-weather tyres also help give the Peugeot a little bit of off-road cred and ability.

Generally, quite pleasing enough, especially when the pricing is taken into account.

Before we get on to that though, here are the best bits of the new Peugeot 2008.

The engine is relatively smooth (especially for a three-cylinder), though you do tend to notice a vibration coming through at around 2,000rpm.

The acceleration though, from a stop and at speed, is adequate for a vehicle of this type.

The transmission also assists relatively nicely with quick changes when accelerating away, though perhaps it could be just a bit more willing to drop down a ratio sooner when tackling hills.

The ride is generally quite pleasant, a typical trait with the Peugeot vehicles is a firm and solid type feel on the roads and the 2008 SUV is no different.

I thought it was also pleasingly quiet on the highway.

The really nicely positioned infotainment screen, with Apple CarPlay and Android compatibility (via the MirrorLink system) is also a standout, while the overall cabin fit and finish, and feel, is excellent.

There’s also a very healthy standard features list, even in the base-model ‘Active’ and includes:

Sat-nav in the base-model is a $1,500 option and you can also take advantage of a special offer that Peugeot has on at the moment – an extended five-year warranty (at no extra cost).

The pricing is also well worth a mention in the positive category – it starts at just $26,490.

Oh, and you get a full five-star ANCAP safety rating.

So, what might stop Australian small SUV buyers from giving the new Peugeot a go? Well, there’s a couple of things that might have to be overcome.

Firstly, the feel of the 2008 on the road. As I said, it rides quite nicely, but in the bends it displays an unusual amount of body-roll.

The rear seat legroom is certainly less than generous and the backseat is flat, firm and fairly uninviting.

There’s no real centre armrest between the front seats, yes, there is a small roller-type door on the centre storage bin, however it’s quite low and not really ‘arm friendly’.

The glove box is absolutely tiny too.

The Peugeot, I guess showing it’s ‘Frenchness’, has a really weird handbrake design that might be a bit off-putting too. 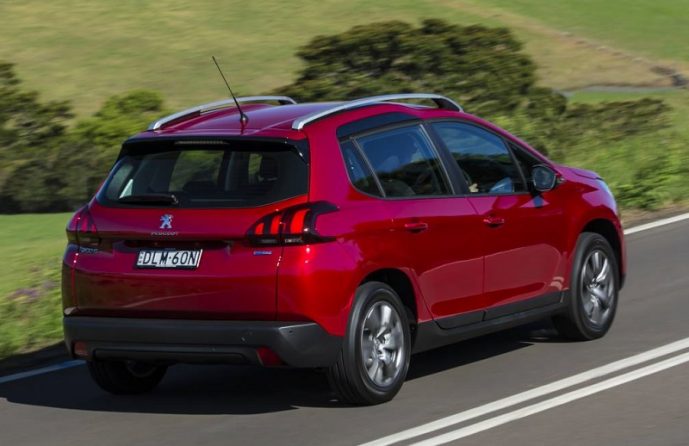 Peugeot is looking to increase it’s Australian sales and footprint and needs vehicles like the new 2008 to attract buyers.

I have no doubt that the new one will be a much better seller for the brand, perhaps though with a bit more fine-tuning it could be an offering that would genuinely have competitors looking over their shoulders.

ANCAP gives 3008 full marks The new addition to the Peugeot range in Australia, the new-generation 3008, will offer a maximum safety rating from day one. ANCAP has just confirmed the 2018 Peugeot 3008 has […]

Small station wagons are quickly disappearing, but that doesn’t mean you shouldn’t consider the Peugeot 308. One of the impressive new breed of cars/SUVs from Peugeot/Citroen, the 308 is a nicely sized and enjoyable vehicle […]

Rumours are circling that Holden will add a wagon to it’s next-generation imported Commodore, at this stage though it looks like the Peugeot 508 could soon be the only large car available as a wagon […]