We catch up with Ford Australia’s Neil McDonald for a chat.

There’s an awful lot going on at Ford Australia at the moment.

Aside from the recent local launch of the all-new Ford Mondeo, an updated version of the popular Ford Ranger utility is also arriving in dealerships now.

We thought it was timely to find out more about Ranger, Everest and Mustang and Ford Australia Brand Communications Manager Neil McDonald joined Behind the Wheel radio show/podcast hosts Chris Miller and Peter Hitchener for a chat…

More from Behind the Wheel… 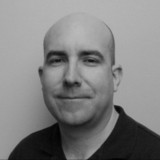 Joel is the founder, editor and managing director of Behind the Wheel. Joel has a background as a radio broadcaster with on-air roles at 4BC, 4KQ, 2KY, 2LT and 2UE amongst others, as well as a news editor and program director. Joel’s relationship with cars stems back to his early childhood learning to change oil and brakes with his father and uncle. This continued on into his driving years owning an assorted collection of cars.
More Posts (2573)